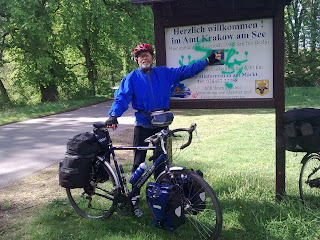 I am now in Berlin close to where the wall was. I last wrote from Lubeck which was right on the border in the West Germany. Since then Ken and I have mostly been on the Copenhagen to Berlin cycle route. It is 400 miles long and that’s me by the sign board near Krakow am See. It is lovely undulating country all formed by ice depositing rock eroded from Norway and Sweden in the ice ages. Here endeth the geography lesson, but most of what follows is about much futile history of the 20th century. 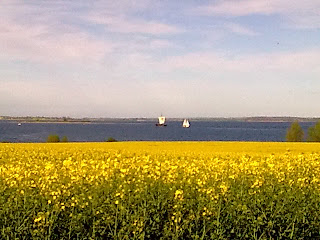 Lubek was heavily bombed and its massive St Nicolas cathedral bears witness to this with the huge bell still lying where it fell in 1944, that’s it burning in the photograph with the bell below. 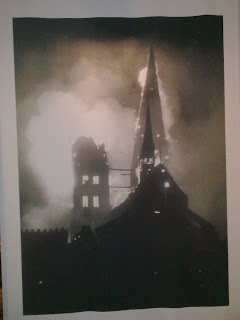 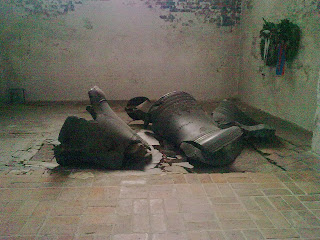 We knew we had got into the east when we saw our first cobbled streets (hence the bouncing to Berlin) through villages and the Trabant convertible – what would a young East German have given for one 30 years ago! Our route took us to Wismar, which was as prosperous as Lubeck in the Hanseatic League. It became a Swedish city for 200 years and so has lots of houses like that in the picture. Being on the Baltic, I also had to take a paddle on what was the last sunny day for a week, with lots of cold wet stuff following. 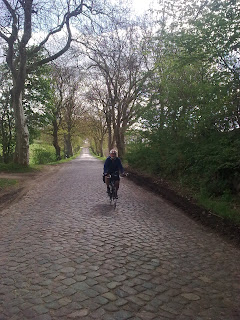 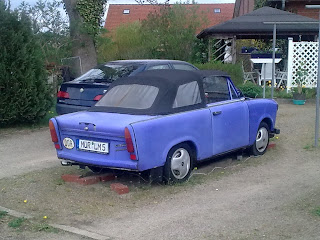 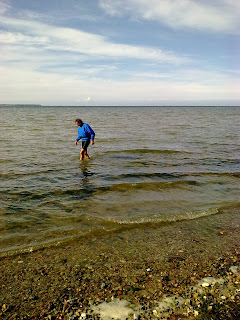 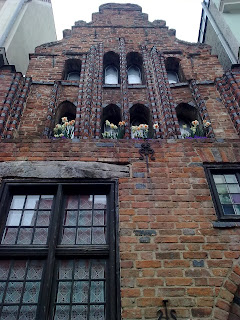 But the scenery going south from Wismar has made up for the weather. Mostly through small villages in lovely farming country, the route has passed many lakes, most of them in a series of nature parks, (as in the sign board) and some splendid local churches mostly made of massive boulders topped with brick or half timbered. 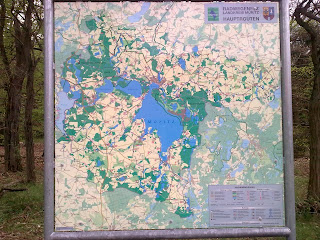 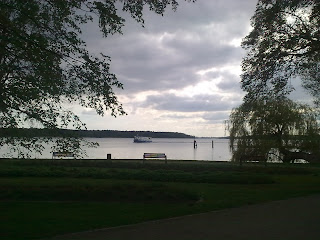 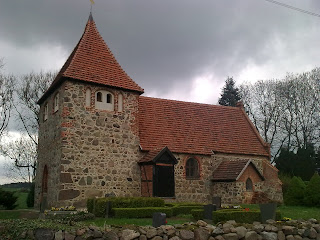 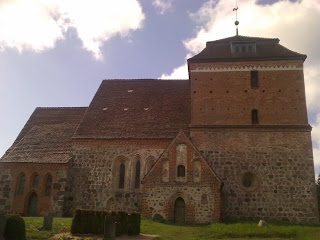 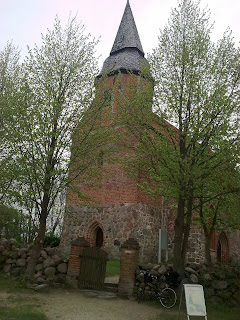 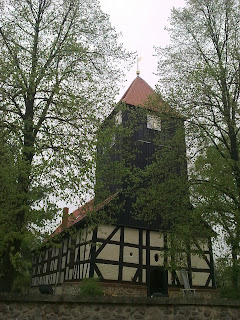 We have stayed in one hotel; in Wismar, it was right out of the old east with lots of kitsch, such as the revolving mirror ball to eat breakfast by; and German youth hostels. These have been great, apart from the last two before Berlin. The first was in Furstenberg and the second in Oranienberg. Innocuous names until you get there and see the full names of the hostels, Ravensbruck and Sachsenhausen respectively. We found it very unsettling, especially the first where we were staying in one of the eight female warders’ blocks. At the last we were in the house built for Heinrich Eich, who with Himmler was responsible for the whole of the concentration camp system. There were pictures of the Eich family Christmas 1942, with a tree with a Swastika and not a fairy on top which reminded me of the ‘Boy in the Striped Pyjamas’. It was a very creepy place to stay which we were glad to leave on Saturday to cycle into Berlin. 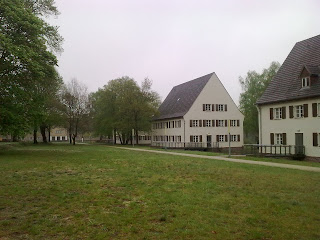 The camp area at Ravenbruck 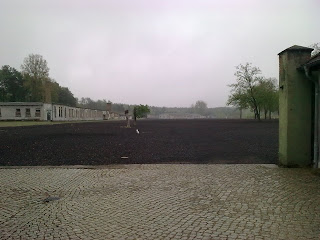 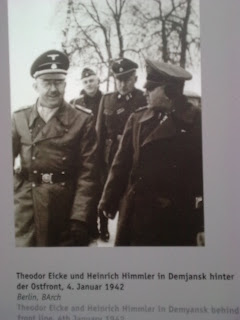 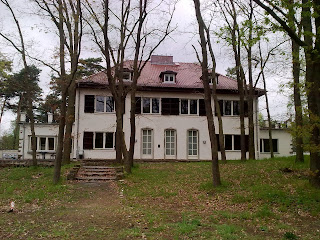 The Hearth Room where the kids had their Christmas tree - see following, it is now the dining room 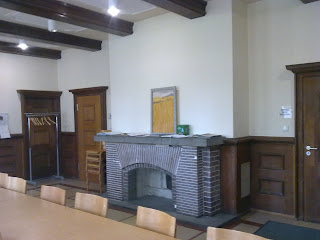 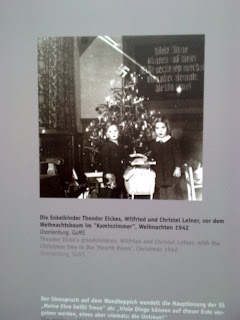 This is where I was sure Ken had got his GPS wrong and had landed us up in Shanghai!! 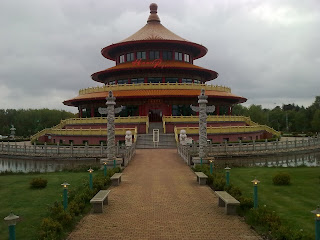 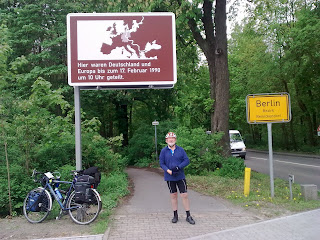 So, it is now late on Sunday and we leave in the morning to cycle to our last hostel in Germany before we go into Poland. That’s Ken in the picture as we entered the old West Berlin from East Germany before the Wall came down. Berlin has been fantastically interesting. For me seeing those historic places such as Checkpoint Charlie and bits of the actual Wall has been most moving, although one cannot fail to be impressed by the Brandenburg Gate, Tiergarten and Unter den Linden. It’s been Ken’s 65th today so we celebrated with a meal at the top of the East Berlin TV Tower – it revolves, is the second tallest structure in Europe after the Moscow Tower and serves up a jolly good lamb stew! Next blog will be from Poland, so it’s anybody’s guess what we will be eating by then!

PS slight delay in publication until Tuesday as a result of computer problems. So now writing in Seelow on the Polish border. I thought I would add the below which I missed off the last blog.

PPS, hope the weather is better for you, at least the countries we are in have a government.